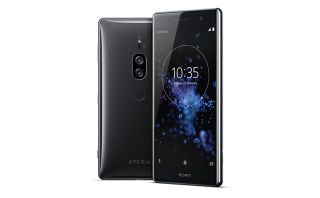 Over recent years we’ve become accustomed to Sony launching a flagship smartphone just months after its last. So Sony’s announcement of its new flagship XZ2 Premium less than 50 days after its MWC (February) launch of the XZ2 and XZ2 Compact feels almost on cue.

That recording ability is thanks, in part, to Sony’s new Motion Eye Dual camera, which consists of a black and white sensor for improved contrast and colour capture.

Sony’s X-Reality for mobile and BRAVIA TV technology also claims to upconvert all content to ‘nearly 4K’ and ‘close to HDR’ too.

On the audio side, Sony claims the XZ2 Premium speakers are the loudest ever fitted to an Xperia and, like the XZ2, it features Dynamic Vibration System. This acts like a PS4 DualShock controller, analysing the phone’s audio data to deliver appropriate haptic feedback.

The Xperia XZ2 Premium will be available this summer, in either chrome black or chrome silver.