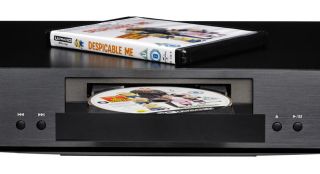 With more than 330 titles currently available on Ultra HD Blu-ray, 4K disc sales now represent 13 per cent of total Blu-ray spend, according to figures released today by the British Association for Screen Entertainment (BASE), and based on data from the Official Charts Company and Futuresource Consulting.

Unsurprisingly, audiovisual triumphs such as Blade Runner 2049 and Ready Player One gained higher percentages of premium format sales, their 4K versions accounting for 27 per cent and 20.2 per cent of their total Blu-ray sales respectively.

Deadpool 2, Mission: Impossible – Fallout and The Greatest Showman (the best-selling title of the year across physical and digital formats) have proved strong 4K Blu-ray performers too.

The success of the format is no doubt down to the growing accessibility of 4K TVs and 4K Blu-ray players in 2017, although 4K Blu-ray is in increasing competition with a growing number of digital platforms (such as Apple iTunes and Rakuten) from which customers can buy and rent 4K movies at more affordable prices.

Digital film sales were up 36 per cent year on year, although physical formats still make up the majority (59 per cent) of transactional film and TV spend - despite the average selling price of Blu-ray discs having increased year-on-year by over 5 per cent, in part due to the higher prices of 4K variants and popular restored versions of catalogue classics, from Arrow Films for example.