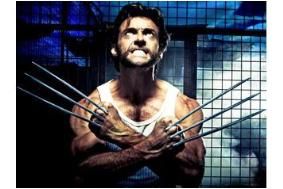 According to the Hollywood Reporter the piracy could have cost Fox as much as $28.7 million in lost takings at the US Box Office, based on an average cinema ticket price in the US of just over $7.

But with the film taking $85 million in its opening weekend in the US – more than any other film this year – and currently being top of the UK box office listings, has the Internet leak really damaged the film at all?

Are those downloading the film not also the people most likely to watch the film in the cinema?

Let us know what you think in the comments section below.