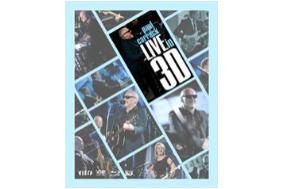 Originally commissioned and filmed by Panasonic at Air Studios in London, the 3D Blu-ray disc is 'Paul Carrack Live in 3D'.

An original member of Mike and The Mechanics, the disc is Panasonic's first 'end-to-end' 3D Blu-ray disc.