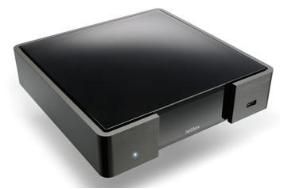 Which is where IP Vision's Fetch TV SmartBox comes in. For a one-off payment of £219, this box will plug into your TV and broadband network, and give you free access to the BBC iPlayer as well as selected video-on-demand content from Channel Four, Sky Sports News, Discovery Channel and CNN.

As well as free catch-up TV services such as BBC iPlayer, users can also access premium content and films on a pay-per-view basis from the likes of Paramount Pictures, National Geographic and Cartoon Network.

The Fetch TV SmartBox can be connected to any UK broadband service and will be available from John Lewis stores from July 23rd for £219, or can be bought online at www.fetchtv.co.uk.

It's Freeview+ accredited, allowing viewers to pause and rewind live TV, and includes twin Freeview tuners, a USB port and a 160GB hard drive for recording.