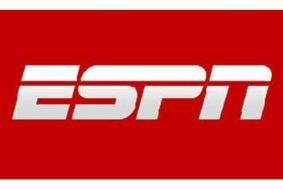 For residential customers, ESPN will be available for £9 a month to Sky Sports subscribers and for £12 a month to other Sky customers.

This new UK channel will replace ESPN America on the Sky satellite and Virgin Media services.

ESPN is set to be channel 417 on Sky with a high definition service at number 443. This will be ESPN's first European HD channel.

A spokesman for ESPN said the broadcaster was also looking at acquiring other rights for the new UK channel.

"We are interested in rights when they become available and when they make business sense. If we were to acquire additional live rights for the UK market, it is likely they would be broadcast on this [ESPN] channel," he added.

These are rumoured to include Scottish football and other sports previously covered by ESPN. US Sports will continue to be covered on the new ESPN channel.

See below for how we covered the news of Setanta's demise.

UPDATE 23/06/09: Troubled broadcaster Setanta has gone into administration, with the loss of up to 200 jobs involved in its British broadcasting operation.

The company will stop broadcasting in the UK very soon, and will immediately cease collection of subscription payments.

UPDATE 22/06/09: Disney-owned ESPN, the US sports broadcaster, has bought the rights to show the 46 games in next season's English Premier League after Setanta lost them last week.

ESPN has won the two packages of games shown on Saturday teatimes and Monday evenings. Both will be sold to customers through BSkyB, according to the BBC.

POSTED 21/06/09: Events seem to be unravelling at troubled Irish TV broadcaster Setanta, which has now lost the rights to broadcast football matches from the Scottish Premier League after failing to make a £3m payment.

This follows the loss last Friday of its rights to broadcast 46 English Premier League matches.

"Setanta has been unable to meet our extended deadline for the outstanding £3m payment to the SPL, and our British broadcasting rights for season 2009/10 and beyond revert to us," says Lex Gold, SPL executive chairman.

"We are now actively engaging in the process of selling our domestic broadcasting rights for next season and beyond."

Meanwhile, the Setanta board met on Monday to look at ways of saving the company, which is estimated to be losing £100m a year. Accountancy firm Deloitte has been lined up to act as administrator if it fails.