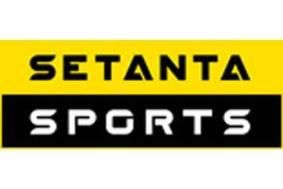 But BT Vision says it is reviewing what it would provide "in the event the channel ceases broadcasting. We are in ongoing dialogue with Setanta and other relevant parties as the situation develops", says a BT spokesman.

BSkyB and ESPN are favourites to each snap up one package of 23 games from the 46 English Premier League football matches Setanta has lost.

UPDATE 20/06/09: Setanta's board is meeting over the weekend to "discuss its options" after losing its TV rights for the English Premier League.

In a statement the company said: "The board of Setanta notes the statement issued earlier by the Premier League and will consider its options over the weekend. In the meantime, Setanta's sports channels continue on air."

19/06/09: Setanta Sports has failed to pay the second instalment of £10m it owes the English Premier League for TV rights, according to the BBC.

The troubled Irish sports TV broadcaster had until this evening to make the second payment, and as a result it will now lose the rights to the 46 Premier League matches it had won for the 2009/2010 season.

The Premier League will now put the rights out to auction, with all bids needed by Monday.

In a statement it said: "It is with considerable regret we announce that Setanta has been unable to meet its obligations. As such the existing licence agreement between us has been terminated with immediate effect."

A potential rescue deal by US billionaire Len Blavatnik, who had offered $20m for a 51 per cent stake in Setanta, fell through.

For all the background to this story, read our earlier news coverage.