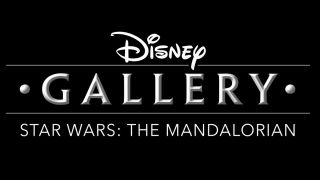 Fans of The Mandalorian – Disney Plus' Star Wars spin-off show – won't have to wait until the second season October release date for new content. Disney has just announced that it will stream an eight-part The Mandalorian docuseries on 4th May aka Star Wars Day. (May the fourth be with you – geddit?)

According to Favreau: "Disney Gallery: The Mandalorian is an opportunity for fans of the show to take a look inside and get to see a different perspective, and perhaps a greater understanding, of how The Mandalorian came together and some of the incredibly talented contributors throughout Season One.”

Disney+ streaming annual subscription £59.99
Get access to Disney's Marvel, National Geographic, Pixar, and Star Wars material – including breakout hit The Mandalorian – plus classic and new Disney shows including The Simpsons. Best of all, you can save over 15% when you sign up for a 12 month subscription!

Each episode of the of Disney Gallery: The Mandalorian will centre on a specific aspect of the show, ranging from the filmmaking process and the legacy of George Lucas’s Star Wars, to the series’ groundbreaking technology, the artistry behind the show’s special effects, the iconic score and the famous Star Wars props.

The success of The Mandalorian has helped Disney Plus sign up more than 50 million subscribers so far.

But as one door (or magnetic shield opens), another closes. After seven seasons, Disney Plus has announced that Star Wars: The Clone Wars will come to a close. Fans of the saga can settle down with a cup of Tatooine milk and watch the series finale, which explores events leading up to Revenge of the Sith, on 4th May.