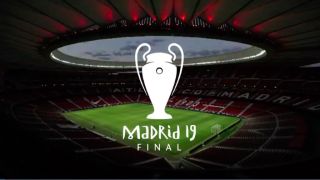 BT is set to broadcast in HDR for the first time next Saturday (1st June) ahead of the launch of its £5/month 4K HDR service later this year.

But don’t expect a leap in colour reproduction from your pixel-packing 4K stream on your TV this time, as BT Sport’s HDR presentation for the UEFA Champions League Final will be limited to a HD resolution.

Anyone intending to watch the Tottenham v Liverpool tie in HD HDR will need a BT Sport subscription and the BT Sport app on a compatible HDR-supporting device, which includes smart Samsung TVs (2015 onwards), Apple TV 4K and Google Chromecast Ultra streamers, Xbox One X and Xbox One S consoles, and select HDR smartphones and tablets. The occasion will mark the first time live coverage has ever been shown in HDR on a mobile device.

As stated on BT Sport, ‘logged in customers with a HDR-capable device will be served with a tile on the homepage so they know the Champions League final is available to them. HDR will be referred to in the ‘Player-chooser’ pop-up so customers know to watch in the standard player if they want it. The app will detect HDR compatibility and serve the appropriate stream’.

BT Sport is planning to broadcast up to 70 live events in High Dynamic Range every season, with the small-screen apps (smartphones, tablets) getting a HD HDR version while the large-screen apps (TVs) get a fully-fledged 4K HDR presentation.

With BT confirming the arrival of its £5-per-month 4K HDR service 'ahead of the new football season', it well could pip Sky to the post. Sky's HDR service has been delayed from its original 2018 launch, but is expected to be coming to Sky Q this year.

BT Sport Ultra HD: What is it? How can you get it?