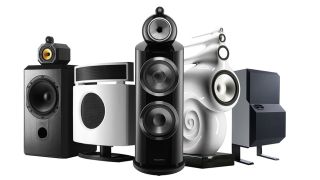 Bowers & Wilkins has confirmed a number of corporate changes in an official statement to What Hi-Fi?. This follows the news earlier in the week that the company's CEO had left the role and a restructuring expert had been appointed as director.

The changes will see B&W run a board which is independent of Eva Automation, the US company that bought into Bowers back in 2016, though the businesses will "continue to co-operate with each other where mutually beneficial".

In line with that, Gideon Yu, who led the Eva Automation takeover, and Gregory Lee, the recently-appointed CEO, are no longer leading Bowers & Wilkins. As we reported earlier in the week, David Duggins has been appointed as "sole Independent Director". Duggins has 25 years’ experience in the restructuring market, having previously held both formal insolvency and advisory roles. He will work alongside Geoff Edwards, who has been Executive VP Operations at B&W for over 17 years.

The statement continues: "The brand’s stakeholders are actively supporting its activities while it re-focuses its world-class resources on the research and development, manufacture and distribution of premium loudspeakers, audio components and headphones."

If you think that sounds like B&W focusing on its core business, you might just be right. The Eva Automation deal was always seen as being about getting a wireless hi-fi product to market and, following the launch of the B&W Formation range, it seems something about the partnership no longer adds up. It remains to be seen how that will play out over the coming months.

Nevertheless, Bowers & Wilkins, the biggest British speaker specialist, remains confident about its future: "The overall business performance of Bowers & Wilkins remains very good. The brand has just enjoyed one of its best-ever sales quarters, has a full order book for its premium 800 Series Diamond loudspeakers and has won multiple Awards for many of its newly released products. At the same time, its partnerships with Philips TV, BMW, Maserati, McLaren and Volvo continue to thrive. There will be several exciting new product launches in the months to come to help build upon this sustained track record of success.

"Bowers & Wilkins will continue to develop and manufacture world-class audio products, having successfully diversified its product portfolio into new categories over the past decade. The company will continue to evolve its offering as new technologies and opportunities permit. The brand remains committed to maintaining its UK and overseas operations, with the company’s headquarters, R&D facility and premium manufacturing remaining in the UK."

As one of the best loved hi-fi companies bar none, we certainly hope things shake out for the best for the Bowers & Wilkins brand.

17 of the best B&W products of all time