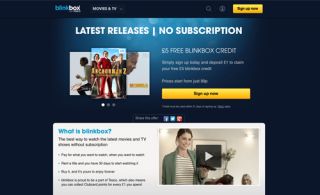 Online film service Blinkbox has signed a deal with Disney in the UK and Ireland to offer its customers acces to a selection of popular films and TV shows.

Customers will be able to buy or rent the latest titles, many on the same day they're released on DVD, to watch instantly on a PC, Mac, Smart TV, games console or tablet.

Films included in the deal are War Horse, Toy Story, Aladdin, Beauty and the Beast, Mary Poppins and The Muppets, plus TV dramas such as Lost, Grey's Anatomy and Brothers & Sisters.

Michael Comish, CEO and founder of Blinkbox, says: "We are excited to be working with Disney to bring even more current and classic entertainment instantly to our customers, from movies to quality US dramas."