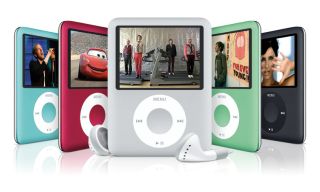 The case, heard at a court in California, was based around the claim that Apple had deleted audio files downloaded from competing music services between 2006 and 2009.

However, an eight-member jury ruled in favour of the iPod manufacturer, with Apple claiming that restrictions placed on its software at the time had provided "necessary security protection".

In a statement, Apple said: "We thank the jury for their service and we applaud their verdict. We created iPod and iTunes to give our customers the world’s best way to listen to music.

"Every time we’ve updated those products – and every Apple product over the years – we’ve done it to make the user experience even better."

The Verge has reported, however, that Patrick Coughlin – the plaintiff's head attorney – said an appeal was planned on behalf of around eight million consumers who bought iPods at the time.

The case commenced earlier this month but ran into difficulties almost immediately, with plaintiffs involved in the action disqualified by federal judge Yvonne Gonzalez Rogers.

• In other Apple news, The Guardian has reported that the company has stopped selling products on its Russian website as concerns over the country's economy and currency continue to grow.

The rouble has lost a significant amount of its value in recent days, with prices expected to rise – and "extreme fluctuations in the value of the rouble" has prompted Apple to halt Russian sales.