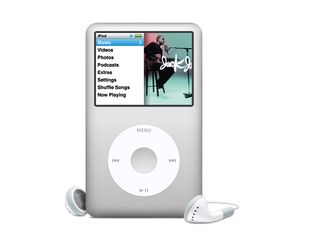 According to the Wall Street Journal, the case is based around the claim that the Cupertino giant deleted audio files downloaded from competing music services between 2007 and 2009 without telling users.

Jurors were reportedly told that people who had downloaded music from a rival service received an error message when syncing their iPod with their iTunes library, which suggested restoring the factory settings on the iPod.

This action allegedly removed music downloaded from rival services, something the lawsuit's plaintiffs see as a move that "stifled competition". The claim is for $350m in damages, which could then triple due to antitrust laws.

Latest developments from the US, however, have cast doubt over the likely success of the action. The Washington Post reports that Apple has produced evidence to suggest two plaintiffs aren't covered by the action.

And a further setback was encountered yesterday [8th December] after the New York Times said the one remaining plaintiff in the case had also been disqualified – leaving lawyers searching for new plaintiffs.

The New York Times reports that federal judge Yvonne Gonzalez Rogers disagreed with Apple after it argued that it was "too late" to secure new plaintiffs to fight the case – although lawyers do not have much time.

As it stands, the lawsuit is still being fought but it still remains to be seen whether lawyers will be able to find new plaintiffs to continue the action against Apple. The case continues.