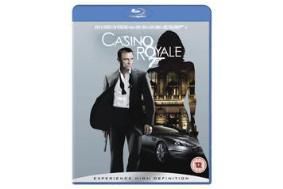 You can pick from top titles such as Casino Royale, Hancock, Blade Runner: The Final Cut and I Am Legend.

Alternatively, you can get 30 per cent or more off a range of indiividual titles including new releases King Kong, Hidden and You Don't Mess With The Zohan.

And if you haven't already bought Blu-ray classics such as Iron Man, The Dark Knight and Wall-E, they're available at a discount too.

So check out alll the latest Blu-ray hardware and software deals online at the Amazon Blu-ray store.

In separate news, Amazon today announced healthy online sales in the last quarter of 2008, with profits up by 9 per cent in the last three months of the year.