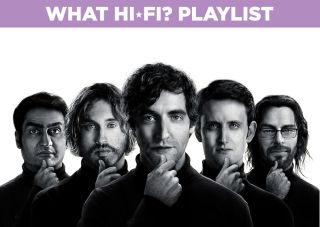 The Social Network made Silicon Valley look exciting with its back-stabbing and court drama, but this comedy from Mike Judge (Beavis & Butthead, Office Space) plumps for a different perspective - nerds are clever but they can also be pretty dumb, too.

The first series of Silicon Valley is a short one (only eight, half-hour episodes), but there's plenty of amusing moments over the course of the series.

It kicks-off when Thomas Middleditch's computer programmer Richard comes up with a super-compressing algorithm that reduces the size of a video file without affecting its quality (which sounds rather like MQA but for video). This attracts the attention of two moguls - Galvin Belson (Matt Ross) and Peter Gregory (the sadly departed Christopher Evan Welch) - who bid for the idea.

Richard rejects the $10 million offer from Belson, convinced by Gregory's assistant Monica (Amanda Crew) that his idea would be better served under his guidance, but that spurs Belson into launching a rival effort.

So Richard and his team of social misfits - including Elrich (T.J. Miller), a wannabe-Steve-Jobs, illegal immigrant Gilfoyle (Martin Starr), know-it-all Dinesh (Kumail Nunjiani) and the detail-obsessed Jared (Zach Woods) - set up a company called Pied Piper to create a prototype product before Belson can gazump them.

The show's best feature, and what sets it apart, is its understated humour. The show doesn't rely on impressive visuals or outlandish situations - the second episode deals with how to make an effective business plan, for example - preferring a solid script of almost-under-the-radar gags.

This may make Silicon Valley sound a bit dry... and it can be. But think of it as a goofy satire rather than the out-and-out comedy style favoured by the likes of The Big Bang Theory, Parks and Recreation or Netflix's Unbreakable Kimmy Schmidt, and the humour and tone makes for a refreshing change of pace.

It pokes fun at the Silicon Valley bubble but it also understands what makes the place so interesting. And with this depiction of the Valley supposedly closer to life (it's partly based on Judge's experiences there in the 80s), you'll find some amusing but believable riffs on technology, from a self-piloting car with a mind of its own to a great scene where a conference call is scuppered by several technical snafus.

In Evan Welch as Peter Gregory and Matt Ross as Galvin Belson, you have two great characters who are vain, pompous, vexing and charismatic - and just how you might imagine a tech CEO. The late Welch is the series's MVP, a character that endlessly and joyously exasperates all those around him.

There are a few dud moments: some jokes simply miss the target while a few story threads feel like breezy timewasters.

It's also very much a "guy's show", with an obvious dearth of female characters. Though, sadly, that may just be art imitating life.

The good news is the show really gains momentum, and ends on a high with the TechCrunch Disrupt convention. By then the characters have become more interesting and rounded, and the situations they find themselves in are more believable and far funnier for it.

The pace of the first season of Silicon Valley ensures we're left wanting more. It emerges as a confident, amusingly sly take on the tech industry that we think definitely has legs for more episodes.

Here's hoping the second series sees the show jump from being a promising comedy to one that really makes its mark when it airs later this year.