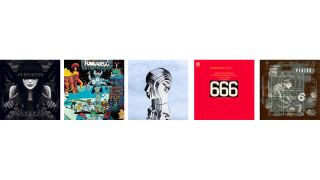 Whether you're auditioning a new piece of equipment or just want to check your music system is sounding its best, we have some choice cuts for you.

This playlist focuses on tracks with challenging dynamics, rhythm and timing, which together form a crucial part of any piece of music. Whether you're listening on speakers or headphones, on a desktop system or full-on hi-fi, if your set-up struggles with one of these elements you may well be underwhelmed by the overall performance.

There's a real spread of styles, and naturally all the tracks here will offer a little bit of everything when it comes to pushing your speakers - even if one particular element is a highlight. You can get a feel for each track with our YouTube links, but to really hear what's going on we'd recommend digging out a better-quality version.

Check out our playlists of all the tracks below on Apple Music, Spotify and Tidal.

Dynamic range is the difference between the loudest and quietest elements of a track – and Tame is a textbook test track. Starting with a simple drum beat, bass line and whispering vocal, before erupting into an attack of guitars and a ferocious vocal, this hugely influential track has been cited by artists such as Nirvana, PJ Harvey and Smashing Pumpkins. It's as well known for its loud/quiet template, which the Pixies truly mastered, as it is for the dramatic Gil Norton production.

Led by the Supreme Maggot Minister of Funkadelia, aka George Clinton, Funkadelic were the sister act to the perhaps better known Parliament. Pioneers of far-out funk music, this is a superb example of the form and a great test of rhythm and timing. We're confident it's nigh-on impossible to listen to this track and keep still, thanks to layer upon layer of percussion, bubbling bass and guitar stabs. Only a touch more organised than a live jam, it will certainly reveal how capable your system is when it comes to controlling complex rhythms.

Like this? Try Sly & The Family Stone I Want to Take You Higher

Taken from the soundtrack for The Girl with the Dragon Tattoo, this is a brooding and powerful piece that builds to a thunderous crescendo - typical of much of Reznor's work. A delicate piano opening grows into a noise of electric guitars, driven along by a thudding bass line. A sudden pause tests your system's ability to start and stop, before the song reaches a climax of drums and over-driven effects. Towel yourself down at the end and weigh up how well you could decipher the details in that wall of noise.

Did you know Vangelis was in a psychedelic prog rock band with Demis Roussos in the late 60s? 666 was the band's most notable album, and this track builds from a spaced-out, atmospheric intro - reminiscent of some of his later soundtracks - into a wall of shuffling drums, jangly guitar, reverb-laden effects and, finally, a soaring electric guitar riff. There's plenty for your system to think about here, not least in terms of dynamics and timing.

Ian Dury & The Blockheads - What a Waste

At first listen this Ian Dury classic seems simple and understated, thanks to the chugging drum beat, monotone vocal delivery and simple guitar stabs. But the meandering bass line livens things up before the track's chorus bursts into life and sets the song racing towards a crescendo. Your system will need a firm grip to keep the various strands in check.

View Ian Dury & The Blockheads What a Waste on Amazon

Like this? Try Tom Robinson Band Power in the Darkness

This one's quite noisy. But it will also test your system's dynamics - it definitely does the loud bit - as well as how well it handles staccato rhythms. You should be able to hear the variation in drum hits and rolls, as well as the individual layers of guitar, while changes in tempo will test your system's timing.

View System of a Down Mezmerize on Amazon

Like this? Try Rage Against the Machine Killing in the Name

A consistent 4/4 beat is always a good test of timing, especially when some off-kilter stabs or percussion add a little more intricacy to the rhythm. This techno tool should drive along at pace, the bleeping effects and reverb-laden hi-hats adding some colour to the consistency of the kick drum. If your feet aren't tapping, something is amiss.

This jangly number from Jack White's The Dead Weather is a great test of dynamics. Not quite as neighbour-unfriendly as System of a Down, it does, however, build to a messy crescendo of splashy drums and a stadium-sized electric guitar riff. And some 'in the red' vocals for good measure.

Like this? Try The Black Keys Gold on the Ceiling

Eminem - The Way I Am

A looping piano riff and trademark head-nodding beats set the tone for one of Eminem's angrier raps, his off-beat delivery making for a more challenging rhythm than it might first appear. If your system doesn't time well, this track just won't flow. There's enough action at either end of the frequency spectrum to ensure your system gets a thorough work-out.

Often it's when using dynamics to drive rhythms that can make products struggle, and tracks where a tuned- or non-percussion instrument is dictating the ebb and flow tend to highlight this. The atmospheric, complex piano of Ukrainian composer Lubomyr Melynk is a fine example. Listen for the sound of the keys hitting, and for how well your system reveals the weight behind each note.

Almost every Radiohead album has some form of innovation, and the twitchy beats of In Rainbows lend themselves perfectly to testing your system's timing. The excellent production means it's simply a great all-round test track, but those jittery, texture-laden drums will certainly find out how well your speakers or headphones can carry a tune.

View Radiohead In Rainbows on Amazon

Body Rock broke the mould of drum 'n' bass in the early 2000s, using a swing beat effect to stand apart from the standard breakbeat template of the genre. A deep, sliding bass line adds an extra hook, and will test your system's handling of lower frequencies. But the rhythm of the drums make it really interesting.

The National - Sea of Love

As much of a workout for Bryan Devendorf, drummer in The National, as it is for your system - the rhythms and fast rolling drums will figure out whether your system times as well as it should.

An echo delay with a long decay can be useful for testing timing, and this dreamy track is laden with lush, reverberating layers of vocals and guitar. You may wish to get lost in Wyoming, but if your system can't keep a grip on the track's various elements, it will just sound a bit lost.

Soulwax - Is It Always Binary

There's nothing like a proper percussion workout to test a system's all-round ability. Soulwax provides just that, complete with some crazy synths and vocal FX for good measure. And the video shows you how it's done.

View Soulwax From Deewee on Amazon

Testing dynamics doesn't have to involve great walls of sound. The simple guitar swells that run throughout the track offer quickfire tests of how well your system can go from quiet to loud. Despite the delicacy of the song, you need punch and a hint of sharpness to each strum for the full effect.

Like this? Try Ricky Eat Acid Inside Your House; It Will Swallow Us Too

Whether you're watching the film or listening to the soundtrack, there are plenty of testing moments in the Aliens soundtrack. This scene has drum rolls, soaring strings, and plenty of dynamic reach to push your speakers.

English techno producer Luke Slater has been at the top of his game for 30 years, delivering captivating, complex rhythms from steady grooves of layered instruments. Synth peaks and troughs will test your system's dynamics, while solid timing is necessary to keep the momentum.

Excellent production doesn't have to mean shimmer and sheen. This Mars Volta track certainly sounds rough around the edges, a test in itself, but there's plenty of bottom end grunt hidden beneath the edgy higher frequencies. But we're really including it here for the unorthodox rhythms – your system should be prepared for the full-on assault around the four-minute mark.

View The Mars Volta De-loused in the Comatorium on Amazon

Like this? Try At the Drive In One Armed Scissor