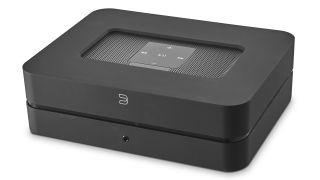 The constant war on space and clutter, as well as the snowballing sophistication of streaming and all-in-one solutions, has led the ‘system’ to take all sorts of forms in recent years.

The traditional, ever-reliable microsystem lives on at the humble end of the product spectrum, while umpteen-thousand-pound active speakers with built-in streaming fill the position of smarty-pants at the other end.

And now, because 2018, we even have a turntable system - and a superb one at that. Arriving slap bang in the middle of the vinyl revival, the Pro-Ject Juke Box E is the first of its kind to pick up a What Hi-Fi? Best Buy.

The turntable is a dream for vinyl newcomers with tight purse strings, offering not only a record player (based on Pro-Ject’s well-regarded Primary turntable) but also built-in amplification and a Bluetooth receiver - all for £369. All you need to do is add speakers.

There’s plenty to celebrate in the system winner category if network streaming is more your bag, too.

Also new to the What Hi-Fi? Awards stage is the Bluesound Powernode 2i (£799), which we’re confidently hailing the best just-add-speakers system under £1000, with network streaming, Apple AirPlay, (two-way) aptX Bluetooth and both digital and analogue inputs accompanying its bold, wonderfully rhythmic and insightful sound.

Meanwhile, those with more financial freedom may well ponder the star of Naim’s hugely successful Uniti range, the £1799 Uniti Atom, which picks up a Best Buy for a second year running for its seamless user experience and unrivalled performance.

And anyone who is after a complete system that has everything – even the speakers – need only look to the KEF LS50 Wireless (last year’s Product of the Year and Hall of Fame winner, no less), with streaming smarts, vast connectivity and the performance of a top traditional system all uniquely wrapped in a pair of standmounts.

For those with complete systems in mind but on tighter budgets, we have another repeat winner from 2017: the Denon D-M41DAB (£379), whose lineage has picked up many a What Hi-Fi? Award over the years. See, reliable.

The question is, which will scoop the veritable Product of the Year gong? Will it be Groundhog Day with another KEF triumph, or will a just-add-speaker system or microsystem seize the day?

All will be revealed on the evening of November 7th. Mark your diaries.