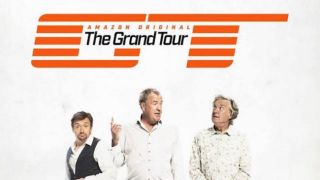 Despite the rise of video content on smartphones, tablets, and laptops, DVDs had held its own against streaming until now.

However, according to figures from the Entertainment Retailers Association, revenue from digital video hit £1.3bn in 2016, overtaking sales of physical discs for the first time.

Meanwhile, revenue from DVDs and Blu-ray discs fell 17 per cent to £894m over the same period - the first time it has dropped below the £1bn mark.

The growth of Netflix, Amazon Prime and Now TV - as well as satellite TV services like Sky Q - has been helped by services such as Google Chromecast or Amazon Fire TV, where content can be streamed to smart TVs. This means it's easier for popular shows like Amazon's The Grand Tour (despite its illegal download rate), to reach the service's 2.3m subscribers.

Netflix currently has over 6m subscribers in the UK, and that's likely to rise since it introduced offline downloads.

However, Kim Bayley, chief executive of the Entertainment Retailers Association, told The Guardian that it's too early to predict the demise of DVDs.

Data shows that DVDs and Blu-rays are still viewed as better presents than an equivalent digital gift, and remain popular with those living in areas without a stable internet conection, she explained.

And while the decline in CD revenue was offset slightly by the ongoing 'vinyl revival', it's debatable as to how long the popularity of records will last when 48 per cent of people who buy vinyl don't listen to the records, according to an ICM poll.

Vinyl did have a fleeting lead over digital downloads last year, and perhaps portable record players or turntables that sync with your streaming playlists will slow the decline. However, it seems more likely that the convenience of digital streaming will eventually win the day.

MORE: Spotify wants to give on-demand features to non-paying customers