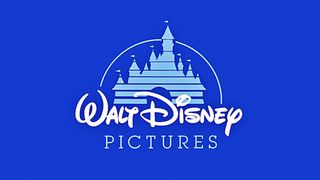 If you (or your kids) have ever longed for one place where you can stream only Disney movies, your wish is Disney’s command.

Since September 2017, Netflix has held the US rights to Disney’s films, including those under the Pixar, Marvel and Lucasfilm subsidiaries. But from 2019, that will change, as Disney launches its own streaming service.

Beginning with the studio’s 2019 theatrical releases, including Toy Story 4, the sequel to Frozen and live-action The Lion King, Disney says it will become the “exclusive home in the US for subscription video-on-demand viewing of the newest live-action and animated movies from Disney and Pixar”. That means Disney films on other streaming services could be pulled at the same time.

Disney's new service will also get a live-action Star Wars television series, a new Marvel show, and programmes based on High School Musical and Monsters, Inc.

The growth in popularity of Netflix, Amazon Prime Video and others has been reliant on exclusive content. If Disney's new service is the only place to see the latest Avengers or Star Wars movies, that could be a huge incentive - especially if the company undercuts Netflix on price, as CEO Bob Iger says it is planning to do.

As yet, there is no confirmation whether Disney content available on Netflix’s UK catalogue will be affected, nor is it clear whether the service (if rolled out to the UK) will replace or be an extension of DisneyLife, Disney’s existing app-based video service.

The news is certainly a blow for Netflix, however, the streaming giant will continue to exclusively distribute Disney’s new releases – the next Star Wars movie, for example – throughout 2018.

The announcement follows The Walt Disney Company’s agreement to acquire majority ownership of BAMTech – the video streaming company founded by Major League Baseball – which will also spur the launch of an ESPN-branded multi-sport video streaming service next year.

17 of the best TV shows to watch on Netflix