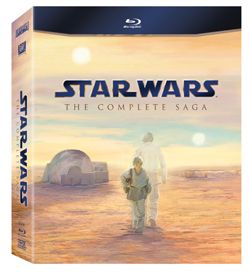 The Star Wars: The Complete Saga, Blu-ray releases - due next week - will be the first to be THX Media Director enabled, which allows for automatically optimised audio and video playback on suitably equipped THX-certified TVs, projectors, Blu-ray players, receivers and speaker packages.

" With THX Media Director, the entertainment experience is finally delivered to your home in a way that faithfully represents the artist’s intent – all without navigating through any menus or pushing any buttons – except 'play' ", explains THX.

THX has also today announced a group of leading chipset partners that will be working with a several major consumer electronics manufacturers to see THX Media Director capabilties built into a range of 2012 home cinema products.