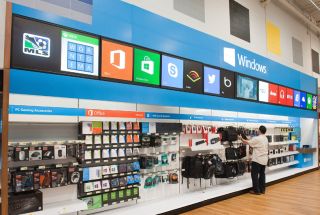 The news came from chief executive officer Satya Nadella, who confirmed the move in Microsoft's quarterly earnings call for the three months ending 30th June – a quarter in which revenues increased 18 per cent to $23bn, compared to last year.

Nadella said: "We are investing in ways that will ensure our Device OS and first party hardware align to our core. We will streamline the next version of Windows from three Operating Systems into one, single converged Operating System for screens of all sizes."

It's not yet clear what the move will mean in practice, but Nadella has indicated that a sole operating system would deliver benefits from a retail, development and user perspective. It also delivers the potential for apps that work across all Windows platforms.

The announcement comes after the corporation revealed it would be cutting up to 18,000 jobs – including 12,500 from Nokia's former mobile phone arm, as well as closing Xbox Entertainment Studios and ending Android smartphone production.