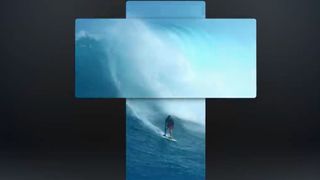 LG has revealed a teaser trailer for its much anticipated 'Wing' dual-screen phone. The official launch will take place on 14th September.

The LG Wing phone has a second screen that rotates up from portrait to landscape orientation. Which is quite different to the other – mostly folding – dual-screen devices we've seen recently.

It could be useful for watching a film uninterrupted on the horizontal screen while notifications and the like pour in on the bottom section of the vertical display.

This is the first in LG's Explorer Project, which aims to "deliver distinctive and yet unexplored usability experiences". On the basis of this video, it certainly seems to fulfil that brief.

Whether it will help LG beat the best Android phones on the market (let alone the forthcoming Pixel 5 or iPhone 12), we're not so sure, but it seems that's really not the point here - and we're always eager to see some outside-the-box design thinking, especially in a smartphone market that has become all too predictable.

There are no hardware details to go on, such as screen size or resolution, but LG has announced its partners for the project: Tubi (which runs free, ad-supported video streaming) and Naver, which is apparently working on a custom dual-screen web browser. The phone will be powered by chips made by industry stalwart Qualcomm.

Look out for all the official details when the LG Wing launches on 14th September.

Samsung Galaxy Fold2 arrives and it's cheaper than the original

Best smartphones: the best phones for music and movies