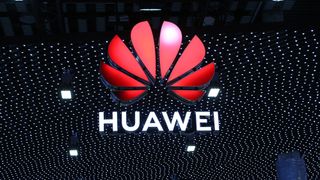 At the end of January, the European Union will reveal recommendations for member states on how to mitigate 5G security risks – and they won't explicitly advise a ban on Huawei Technologies, or any 5G vendor for that matter.

The bloc will reveal its “naturally strict and vigilant” guidelines at the end of the month, European digital commissioner Thierry Breton said at a news conference in Paris on Monday, as reported by Bloomberg. He also stated that creating tougher security legislation over 5G deployment wouldn't slow down the rollout of the next-gen network, following Germany Interior Minister Horst Seehofer's recent comments that excluding Huawei would delay it by up to a decade.

Europe has been caught in the middle of what has become a prime point of the US–China trade war, as Washington has urged allies to ban Huawei in their 5G network roll-out in light of security risk concerns – risks that both the Chinese telecoms giant and Chinese officials deny. The US has so far been successful in rallying Japan, Australia, New Zealand and Taiwan against Huawei, however it seems the EU won't be joining them.

The EU naturally wants to unite its member states’ attitudes to 5G to avoid any US or Chinese retaliation targeting any one European country, and the position of each will likely become clearer once the guidelines have been released. German Chancellor Angela Merkel has, however, already proposed conservative lawmakers wait until after a March EU summit before making a decision on Huawei.