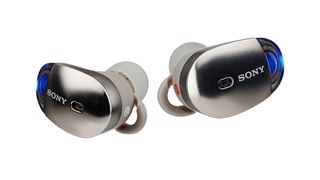 Our favourite true wireless headphones dropped over 35 per cent for Black Friday, and have remained at that tempting £124 price in the Christmas build up... until now. It's Christmas come (a little) early as Richer Sounds has slashed the price yet again.

Now available for just £111.60, the Sony WF-1000X are even better value than ever before - now almost half the price of when we last tested them.

An excellent alternative to the Apple AirPods, the Sony Bluetooth in-ear headphones take the audio performance of truly wireless in-ears to another level. The fact they're a two-time What Hi-Fi? Award winner shows just how highly we rate these musical maestros.

To see – and take advantage of – the best true wireless headphones deal, click through to the Richer Sounds price in the deal box below.

So the Boxing Day sales haven't officially begun yet and this is no doubt an early contender for best deal of the festive period. Tempted to pop down to Richer Sounds to nab a last-minute Christmas present, then? We don't blame you. After all, we don't know how long this deal will last.

Don't forget we've also got a whole page dedicated to the best headphone deals where we cover all the various bases, including in-, on- and over-ear styles, wired, and true wireless designs.

The best headphone deals in the early Boxing Day sales