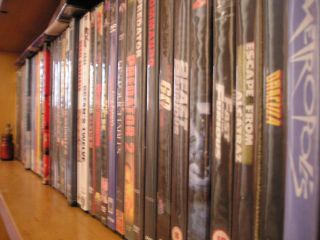 This new data covers the 12-week period ending 28th September and has revealed sales of non-digital forms of music, games and videos increased 4.9 per cent at Amazon during that time.

It takes Amazon's market share to 22.5 per cent – its highest since it accounted for a quarter of the sales recorded during the last quarter of 2013, with the busy Christmas period still to follow.

According to Kantar Worldpanel strategic insight director Fiona Keenan, the success of Amazon is down to an overall trend of more people going online to purchase entertainment products.

Keenan said: "Thanks to the rise of connected devices – 71 per cent of individuals now own a smartphone and 57 per cent own a tablet – this is a shift that we expect to continue.

"Amazon’s range of Fire tablets has given it another platform to promote its offering directly to consumers, and it appears to be working as 15 per cent of entertainment products sold on its site are purchased on a tablet."

The second largest group of entertainment retailers are supermarkets, with Tesco, Sainsbury's and Asda all losing market share when compared with the same period in 2013.

In fact, Argos has now overtaken Asda for the first time, after reporting an 8.6 per cent market share for the period.

Meanwhile, the figures show that DVDs and Blu-rays are the only physical entertainment segment to have grown in that 12-week period, up 3 per cent thanks to high-value releases.