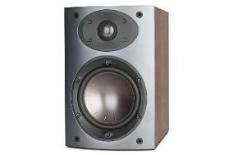 The Aviano 1s sound as commanding as ever, but fall short against the new class-leaders. There is now a tweaked version called the Aviano 1XR

It's exactly 12 months since Mordaunt-Short's Aviano 1s made their last appearance in our test rooms.

They were part of a six-way Group Test that had a bitter-sweet ending – the Avianos picked up a five-star review but lost out in the final reckoning to the Wharfedale Diamond 10.1s.

Back in October 2009 it was the Wharfedales' all-round ability and cheaper price tag that helped them to victory. But, now that the Aviano 1s have been dropped to the same price as the Diamonds, it seems only right that we should reconvene for round two.

As you'll have gathered from the rating, though, things haven't gone to plan…

Excellent rhythm and timing
It's not as if the build, finish and sonic abilities of this speaker have changed: they're still solidly made and finished.

The Aviano 1s don't take an awful lot of time to communicate their strengths. Straight from the off, you're privy to a fast, forthcoming and lively sound.

The uptempo nature of Ellie Goulding's Guns and Horses plays right into their hands, and they waste absolutely no time getting into the swing of the song to show off an excellent sense of rhythm and timing.

Switch to a track that demands rather more bass weight and control, such as Eminem's Same Song And Dance, and the Mordaunt-Shorts dish out the low frequencies with great confidence and poise. Each note sounds trim and well defined, with no trace of fat.

Evenly balanced sound
Tonally, the Aviano 1s sound evenly balanced, although their attacking nature could come across as aggressive if you hook them up to the wrong electronics; warm-sounding kit is the order of the day here.

And, although bi-wiring the Avianos prises open the soundstage, giving greater separation and a more expressive sound, the trade-off is that integration suffers – you start hearing instruments and vocals in isolation as opposed to a cohesive musical unit.

These aren't major criticisms, but small things to bear in mind. Their sense of sonic scale is great for reasonably sized systems, too, but if you want more oompf (and can spare another £100), we suggest you go and check out the heftier Aviano 2s.

So why four stars?
So, what has caused this previously top-rated speaker to shed a star? Compared to the likes of the leading comparably priced speakers, such as the Arcaydis DM1 and Monitor Audio Bronze BX2, the Avianos don't quite exhibit the same level of skill when it comes to dynamics and refinement.

During the introduction to Metallica's One, you're made aware of the impact of the explosions and gunfire, but there are dynamic subtleties that just aren't as apparent on the Mordaunt-Shorts as they are on rival speakers.

As we mentioned near the start of this review, these speakers haven't become four-star units overnight. They simply suffer at the hands of a new breed of big-hitting budget speakers.