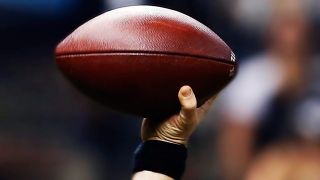 The final NFL London game of this season's 2019 International Series kicks off on Sunday with an epic encounter between the Jacksonville Jaguars and their AFC rivals, the Houston Texans.

Last week, fans were treated to an action-packed London match-up between the Rams and Bengals, with the Rams blowing away their opponents 24-10.

But out of the three London games this season, the NFL has saved the best till last. On Sunday 3rd November, at 2.30pm GMT, the Jaguars will host the Texans in the second Wembley game.

The Jaguars are the underdogs, but have played in London seven times – more times than any other team – so Wembley should feel like home turf. They go into the match with an even 4-4, thanks mostly to some killer performances from their mustachioed rookie quarterback, Gardner Minshew. That said, an underwhelming defensive line with a habit of allowing too many sacks will likely see the Jags struggle.

The Texans, on the other hand, are looking stronger than a pot of cowboy coffee. Having fought off last week's onslaught from the Raiders, they go into Week 9 battle-hardened. Superstar quarterback Deshaun Watson did the business last week, throwing a game-winning pass, so expect to see him in thrilling form on Sunday.

Sure, Texans defensive mastermind JJ Watt is injured and confined to the role of spectator, but the stats don't lie: Houston are sitting pretty with a 5-3 record and have won eight out of their last ten meetings with the Jags.

So, if you're on the look out for a decent fireworks display, there'll be plenty of big bangs at Wembley on Sunday afternoon.

Watch Texans vs Jaguars live in the UK

If you're in the UK, it's good news - you can watch the Houston Texans v Jacksonville Jaguars on 3rd November on BBC Two, the BBC iPlayer online streaming service and the BBC Sport website and app. The broadcast is free to UK-based users with a UK TV licence. Kick-off is at 2.30pm GMT (10.30am ET).

The BBC will also broadcast the 54th Super Bowl live. This season's climax - the 50th in the modern era - will be played at Miami Gardens in Florida and will mark the 100th year of the National Football League.

If you're outside the UK, you can still catch all of the action live for free. Just get yourself a VPN. We'll explain how below...

Watch Texans vs Jaguars anywhere in the world using a VPN

If you're working abroad or away on holiday, you can still access the BBC's live NFL coverage from (almost) anywhere on the planet. You'll need a VPN to make sure you're not geo-blocked.

A VPN (Virtual Private Network) can spoof an IP address which is local to the server you’d like to access. That way your TV service provider will think that you’re in the correct country – and allow you to watch the Texans vs Jaguars live stream.

So, whether you want to watch live NFL London games, enjoy another country’s Netflix library or just keep your browsing data private, then a VPN is well worth considering.

Once you’ve made your choice, all you need to do is sign in to your VPN service through whichever device you’d like to use to watch the race. When prompted to select a server, you need to pick one which is based in the country whose content you’d like to access. Then navigate to the relevant video streaming app or website and you’re in.

You can find a full list of the world's broadcasters with rights to show live NFL here.

Watch Texans vs Jaguars live in the USA

NFL fans in the United States are spoilt for choice when it comes to live, over-the-air football games. The problem is that the NFL has spread the rights across a number of channels including NBC, Fox, CBS, ESPN and NFL Network. Those wanting to see the season in its entirety will need to buy into all of these networks.

The second option would be to cut the cord and go for an NFL Game Pass. At just $99 for a season, it's a bargain. But there's a catch: the Stateside version of the NFL Game Pass only allows you to watch replays of games. To watch the games live, you would need a VPN and the Pro version of the international NFL Game Pass (£143.99/ $180 per season).

The best bet for US fans is to go for a live TV streaming service. But which one is best? Here's what you need to know...

It's not the cheapest option, but the PlayStation Vue Core package ($54.99) offers the carries all the channels NFL fans require: NBC, Fox, CBS, ESPN and the NFL Network. You can even add the Red Zone for an extra $10 per month.

YouTubeTV ($50 per month) is only available in selected US cities but carries nearly all of the networks showing NFL games live. The only channels absent are NFL Network and Red Zone.

Need to know when your local NFL team is playing, and on what channel? Click here for the complete schedule.

Head over to StubHub and you'll find seats popping up all the time between now and kick off. There are still Texans vs Jaguars for the 3rd November NFL London game at Wembley, 2.30pm.

NFL London tickets at Ticketmaster
Always fancied watching a live American Football game? Head over to Ticketmaster and grab yourself some NFL London experience. Tickets start at £43 per person. Premium seats start at £249 and hospitality packages are available for all games.View Deal

Premium and hospitality seats come with exclusive access to bars and boxes at the two venues as well as food and some of the best seats in the house. Head over to Ticketmaster and Eventbrite too for more details.