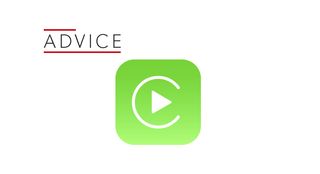 So what is Apple CarPlay? Think of it as a way of mirroring some of the key features and functions of your iPhone on an in-car display.

In theory it's a marriage of convenience and safety: you can tuck the device away, but still use a decent selection of key apps from it, including Messages, Phone, Music and Maps.

So how can you get it? And which car manufacturers are supporting CarPlay? Read on for all the details...

What do you need for Apple CarPlay?

An iPhone, for starters. You'll also need access to an in-car system that supports CarPlay. Both the system and your phone need to handshake before you can start using all the various elements of CarPlay.

Siri, Apple's voice-controlled assistant, is another piece of the jigsaw - you can't access CarPlay unless Siri is activated on your phone. This is because voice-control has a big part to play when it comes to making calls, sending messages and navigation.

Currently, there are over 40 manufacturers with CarPlay-compatible cars, with the system available on well over 100 models. Cars with CarPlay are available from Alfa Romeo, Audi, BMW, Ferrari, Jaguar, Mercedes-Benz, Nissan, Porsche, Seat, Volkswagen and Volvo.

CarPlay tends to be an optional extra, so you'll need to factor in additional funds. Remember, car manufacturers still want to push their own in-car operating systems - so offering an Apple-friendly solution is a double-edged sword for them.

If you're going down the second-hand route, you may be able to retrofit Apple CarPlay for a fee if it's not in the spec of the car. Again, it really depends on the car manufacturer and model.

Another route for adding CarPlay to an older car is to go for an aftermarket installation - manufacturers such as Pioneer, JBL, Kenwood and Alpine all offer their own CarPlay head units.

How do you connect Apple CarPlay?

CarPlay primarily works through a wired USB connection to any iPhone with a Lightning socket, so from iPhone 5 all the way to the current iPhone 8, 8 Plus and iPhone X.

BMW's 2017 5-series is the first car to offer a wireless CarPlay solution, so you don't even need to take your iPhone out of your pocket.

If the only Apple device you own is one of its tablets, then we're afraid you're out of luck - CarPlay isn't compatible with any iterations of the original iPad, iPad mini, or any of the current model range including the iPad (2017) and iPad Pro 10.5in.

How does CarPlay work?

All the action happens through the main in-car display. Once you've connected your iOS device via Lightning (or wirelessly if you own a compatible BMW) all compatible apps stored on your device are mirrored on the car's display in landscape.

The basic layout remains the same across car manufacturers. The main Apple apps dominate the first page - swipe across and you'll see all the third-party apps available on your device.

Many (but not all) of your iOS apps will be at your disposal. Apple Music, Podcasts, Maps, Messages, Phone and even Calendar are only the press of a touchscreen away.

There aren't a huge number of compatible third-party apps, but the numbers are slowly rising and some of the most popular to have made the leap are Spotify, Google Play Music, Tidal, BBC iPlayer Radio and Radioplayer.

Besides the app icons, you can also see the time, bars to indicate the strength of the available network signal - and there's even an icon that mirrors the 'home' button found at the bottom of iDevices. This stays visible irrespective of the app you're using, so you can quickly jump back to the home screen.

The arrival of Apple's iOS 10 operating system did bring some changes to the layout, including the ability to customise your home screen like you can on an actual iPhone. You can drag and drop compatible apps in the CarPlay setting in your Apple smartphone. You can also see how CarPlay will look on your vehicle's display. If you've always wanted to bump Spotify to the front of the queue, now you can.

You can also now see icons for the three most recently used apps at the edge of your display. There's a slot for navigation, one for communication and one entertainment app - you can't have Spotify, Apple Music and Google Play up there at the same time, but you can have Messages, Maps and Apple Music, say.

You can switch apps without going via the main home screen, which you had to do on the previous version of CarPlay. It's done by tapping on them using your car's touchscreen or you can cycle through them using physical controls. Obviously, this depends on your car's particular layout.

13 cars audio milestones from AM to MP3

Which apps work with CarPlay?

Here's a list of some of the key apps compatible with Carplay, and how they feature in the system...

Siri can draw up a route for you in Apple Maps. Unsurprisingly, Google Maps is a no-no, so to use this, you need to exit CarPlay and open the app on your phone instead.

You can either dictate a postcode or road name and hope Siri can translate, or you can stick with the virtual keyboard and type the information directly into Apple Maps.

If your car has a compatible dashboard display, you can also see turn by turn directions in the instrument binnacle. The very latest version of Maps for CarPlay can also support ultra-wide displays.

Apple's iOS11 software update introduced lane guidance, and tweaked the way the system presents alternative routes calculated due to traffic. Maps can also estimate how much time you could save by taking a detour.

Siri can also read out your text messages and you can reply via dictation. Siri works with the buttons and mics placed in your car, just like you're making a normal hands-free call. Shout 'Hey Siri' or press the 'talk' button on your steering wheel, and Siri will spring into life. You can't actually see messages on your car's display while using the CarPlay version of the app. This is a deliberate safety measure to prevent you being distracted.

The Phone app is mirrored in CarPlay just as you'd expect. The icons are familiar and you can make calls, see missed calls, recent callers and also access your voicemail. You can punch in numbers through the car's touchscreen, just as you would do on an iPhone or you can ask Siri to call people using voice commands.

CarPlay can tap straight into your Apple Music collection. Although the layout isn't a true image of what you're used to seeing on an iPhone, many of the icons are copied straight across and you can navigate through different elements, from basic track selection to speed-scrolling, through an alphabetised list of artists.

You can even stream Apple's Beats 1 online radio station over a wi-fi or mobile network (remember, data charges may apply).

The latest version of Music has reorganized the tabs at the top of the screen slightly and you can now preview upcoming tracks so you can skip to the next one should you want.

One of the main third-party apps avilable through CarPlay is of course, Spotify. As with Apple Music, all the functions and features don't make the full transition from the dedicated iPhone app, but there's just enough to get you up and running on playlists either stored on your device or through Spotify online.

Tidal support was added in December 2017 and delivers similar functionality and features to Spotify. You can access your favourite playlists, songs and albums via 'My Collection', while the app also supports Tidal's 'Explore' section, through which you can track down new music and podcasts.

The iPlayer Radio app is split into four sections. 'Following' allows you to access your favourite stations.'Listen Later' allows you to play back episodes you've added to the app. 'Downloads' gives you access to programmes downloaded for offline listening. 'Stations' puts all the BBC's UK radio stations at your fingertips for streaming.

So there you have it. What do you think? Will your next car have CarPlay installed, or will you be sticking to more traditional methods such as Bluetooth streaming and Google Maps? Let us know with a comment.