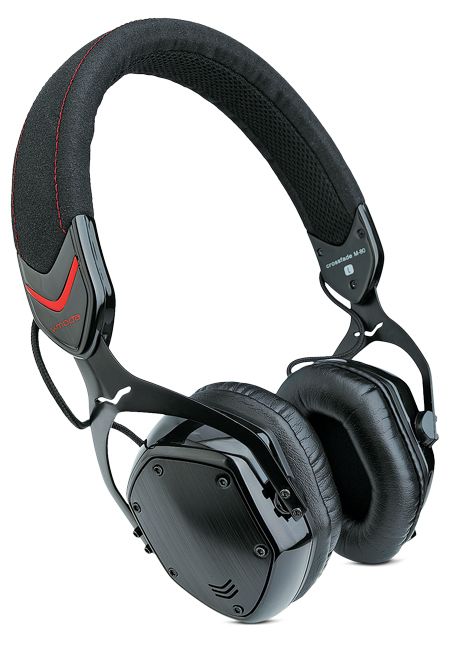 Good-looking and great fun, the V-Modas should win many fans

With headphones becoming such a fashion accessory in recent years it’s little wonder that there’s an appetite for people to want to express themselves through custom designs. Yet it’s something that very few companies currently offer – not if you want to pay sensible money, anyway.

V-Moda is here to plug that gap, however, with its M-80 headphones, which feature changeable ‘shields’ on each ear-cup. True, you get only a single, black, brushed metal pair in the box, but an outlay of $25 allows you to select from seven alternative colours and even upload your own artwork, which the company will then engrave for you before sending the shields out.

Fancy. And more thought has been applied elsewhere in the box too, in the form of two bundled cables – one with a three-button remote and mic for iPhone users and another with the single-button remote and mic that most other smartphones and portable players are compatible with. Even the moulded ‘exoskeleton’ case is a neat touch.

V-Moda Crossfade M-80: Sound quality
Of course, all that aesthetic finery would be for nought if they sounded rubbish, but in use these compact on-ears are actually very likeable.

There’s lots of bass, but it’s of the punchy, powerful kind that so many people love, and it doesn’t drown out the mid-range or treble. And while the overall performance lacks the attack and dynamism of a rival such as the Adidias Originals Sennheisers, they’re also a bit smoother and more forgiving of weaker recordings.

Not for purists, then, but for bass-lovers with a penchant for self-expression the V-Modas will be perfect.