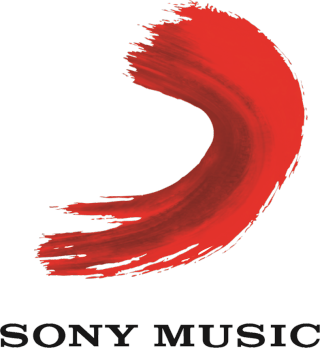 Sony Music’s Sweden division has developed an app that lets its artists track how much their songs are earning from streaming services. The app has been developed under the guidance of former Spotify executive, Michelle Kadir.

Not only does it let artists know how much they’re earning, but it also shows them which streaming services are being used most and profiles of who’s listening by age, gender and location. Areas where the artist is proving popular is displayed on a ‘heat map’ which could let the artist determine where’s best to tour.

The app is being given to artists signed to Sony Music Sweden but a global roll-out is expected later in 2016.

The full list of limited edition vinyl for Record Store Day 2016 has been released. There are more than 550 records on the list, which Record Store Day says represents over 250 independent labels. As ever, there are some novelty records among some genuine collectible items, Alan Partridge on vinyl anyone?

You can view the full list of releases, with information for each, here

Record Store Day 2016 will take place on the 16th April, with support from BBC Music and Rega.

Roberts has given its Award-winning Stream 93i radio a makeover, with a new gloss white finish joining the gloss black currently available. A new Bluetooth adapter and a battery pack are also now available as optional accessories. The BTA93i Bluetooth adapter attaches to the back of the radio and allows you to stream music wirelessly from compatible devices. It’s available for £40.

The BP93i is a £40 battery pack that fits onto the back of the radio and gives up to 10 hours of playback time.

ROK Mobile, the mobile network that combines a monthly tariff with a music-streaming subscription, has announced a new £20 tariff that it hopes will entice consumers. The tariff gives customers 250 minutes, 500 texts, 3GB of mobile data and unlimted music streaming from its service each month.

ROK Mobile's streaming catalogue, powered by 7digital, has in excess of 20 million songs and is completely ad-free. The mobile network piggybacks Three's UK network, so signal coverage should be good for most of the country.

For more information and to sign up to any of ROK Mobile's tariffs, head to the company's website.

If you're in the UK and in any way interested in the music business, then the Brighton Music Conference should be on your radar. The first details of BMC 2016's technology showcases and workshops have been announced this week, and there's plenty to get excited about if you know your Logic Pro from your low-pass filter.

Final has announced two new additions to its Sonorous line of over-ear headphones. The Sonorous II and III borrow technology from the £3500 Sonorous X and so come sporting a dynamic driver with an integrated polycarbonate front plate. Final says this suppresses resonance to deliver "an incredibly clear sound".

The two new pairs will be available from the 10th March 2016 for £239 and £299 respectively. For more information, head to Final's website.

Analogy Records has announced it will be releasing three new reel to reel tapes in the first half of 2016, bringing its total number of magnetic tape albums up to 12.

The three albums are Andrea Celeste's Kaleidoscope, produced by 24 time Grammy winner Al Schmitt, "one of a kind jazz album" Suite For The Seagulls by Alf Wilhelm Lundberg and his "Norchestra" and the Italian classical GNU Quartet and finally, Between Earth and Heaven.

Analogy Records produces orignal Studio Original Master Tapes, as opposed to copies from existing masters. The new albums will be be released in stages on Analogy Records' online shop from spring to summer 2016.

MORE: Horch House to bring master tapes to a variety of formats including reel to reel