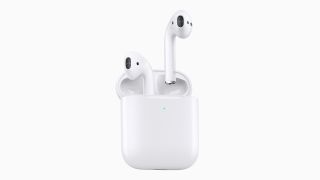 Walmart has extended its Big Save summer sale event to Sunday 21st July, so if you've still cash to splash after Prime Day you may be interested in the best tech bargains you can bag this weekend.

We've picked 8 of the deals, which include a 60in Hisense TV for $370, money off Apple AirPods, an iPad and a Bose soundbar, a Vizio soundbar/sub system for $158, and more!

Apple iPad 32GB Wi-Fi space grey $249.99
Apple deal! Save $80 on the iPad 6th generation with 9.7-inch LED display, IPS technology, the A10 Fusion chip and the brilliance of all the apps.View Deal

Bose Solo 5 TV sound system $199
Thought you didn't have room for an extra bit of kit by the TV? Think again. This has to be one of the most compact soundbars we’ve seen. We praised its looks and user-friendliness too.View Deal

Apple AirPods with Charging Case $145
Amazon has the cheapest AirPods price around right now for the latest model wireless earbuds, which come complete with a wireless charging case and direct interaction with Siri. A bargain at $145.View Deal

Roku Streaming Stick HD $34
A cheap way to upgrade your TV with access to 500,000+ streaming movies and TV episode over free  and paid-for channels and services.View Deal

Sony WH-XB700 Wireless Headphones $89.99
Sony is top of the pile when it comes to noise-cancelling cans, making some of our favorite sets in recent years. While this particular model isn't one we've tested, Sony can usually be relied upon when it comes to quality, comfort and sound – and we welcome the $40 saving, too. View Deal

VIZIO SB3831-D 38in soundbar system $158
A 3.1-channel soundbar and wireless subwoofer combo that has wi-fi and Chromecast built-in for streaming music from a wide range of services.View Deal