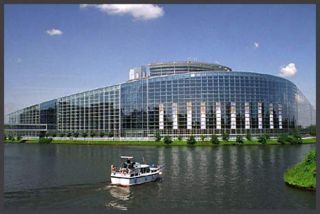 The European Parliament has rejected ACTA, the Anti-Counterfeiting Trade Agreement, by 478 to 39 votes, effectively killing off the proposed legislation – at least in its current state.

Last month a group of MEPs on the key European parliamentary committee rejected the agreement (see story below).

The Anti-Counterfeiting Trade Agreement (ACTA), inrtended to tighten the rules on online and offline piracy, has been rejected by a group of MEPs on a key European parliamentary committee, the BBC reports.

Members of the committee voted 19 votes to 12 against the proposal. This is likely to spell the end for the controversial treaty, as the committee formally recommends how the wider European Parliament should vote on the issue.

"In the end it came down to a vote on intellectual property or civil liberties and I'm glad that civil liberties won over," says UK MEP David Martin, the lead member of the committee.

The final vote is due to take place in the European Parliament in July.