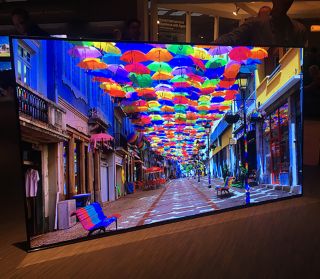 Sony announced its first 4K OLED TV back in January, and we now have a price for the US model.

Sony hasn't announced UK or European pricing yet. As soon as it does, we'll let you know.

These prices make Sony's set more expensive than LG's mid-range B, C and E series in the US, but cheaper than its G and W series.

Sony's A1 impressed us in our hands-on review, but it won't be short of competition this year. Panasonic, Philips and LG have all announced OLED models, while Samsung has skipped the technology altogether in favour of QLED, which supposedly brings the benefits of OLED but in a package that's cheaper to manufacture.

We'll bring you reviews of these new TVs as soon as possible.