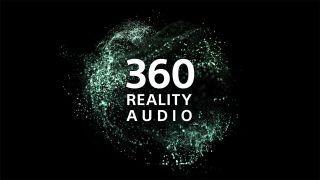 We've been waiting for more details on 360 Reality Audio ever since the object-based audio format was unveiled at CES earlier this year, and the Japanese giant has just dropped some major news.

You'll finally be able to enjoy 360 Reality Audio when it launches this autumn. Sony claims you'll be able to stream over 1000 tracks in the format, from artists such as Mark Ronson, Pharrell Williams, Billy Joel and Jeff Beck.

Sony's promising more tracks will be added via major record labels plus over 100 songs recorded from live concerts held by the likes of CHARLI XCX and Kodaline.

You'll be able to stream compatible songs through Amazon Music HD, Deezer, Tidal and nugs.net at launch, while Sony is also in talks with Napster to expand its reach. However, there's no word on whether Spotify will be joining the party in time for the launch.

There's also no word on whether listening in this format will cost extra, but the small print on the press release does say you'll need a paid subscription. So, if you're using Deezer Free, you'll need to make the switch to a paid tier before you can completely immerse yourself.

In addition to software, to actually listen to 360 Reality Audio you'll need compatible hardware too.

Compatible wireless speakers will need to contain Sony's unique decoder. At launch, the only such speaker will be the Amazon Echo Studio, which will be able to stream 360 Reality Audio via the Amazon Music HD streaming services. The Echo Studio goes on sale on the 7th November.

In terms of headphones, Sony's claiming 360 Reality Audio can be experienced "using headphones from most manufacturers" when you pair them with the iOS/Android smartphone app for one of the partnering streaming services. Surprisingly, only Deezer, Tidal and Nugs.net apps will support this at launch - it looks like Amazon Music Unlimited is off the list.

If you own select Sony headphones compatible with the company's Headphone Connect app you'll be able to enjoy a custom soundfield, optimised via the headphones for the user.

Sony's also said it's looking to make 360 Reality Audio available across a number of future Alexa devices and those that support Google Chromecast built-in, although all hardware will still need a decoder built-in. It's also working with chipset manufactures Media Tek I, NXP Semiconductors and Qualcomm and has partnered with the Fraunhofer IIS to open up its format to music creators and artists alike.

How Sony's 360 Reality Audio compares to Dolby's rival object-based spatial audio tech, Dolby Atmos Music, remains to be heard, but we'll be sure to bring you the definitive What Hi-Fi? verdict, just as soon as we can.