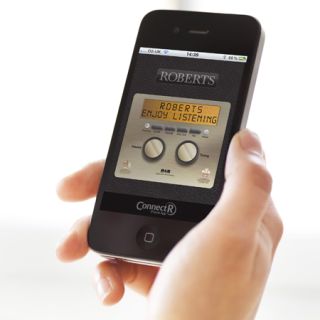 Roberts Radio, purveyor of radios to Her Majesty, has launched its first iPhone/iPod Touch app.

Developed initially for Roberts' new Stream 105 internet radio (above) – due out next week – the free ConnectR app allows users to control all functions of the radio from an iPortable device, including volume and mode.

You'll also be able to play back music stored on a PC through the radio with ConnectR. Once connected to your home network, playlists, albums and individual tracks are available at the press of a button.

Although the app will only work with the Roberts Stream 105 to start with, it will also be suitable for future products launched by the company.