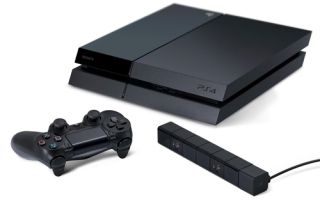 With the release of the Playstation 4 just days away (29th November is the UK release date), Sony has been clearing up a few details about what the PS4 can and cannot do.

Sony initially said the PS4 would be shipping without support for DLNA, MP3s and audio CDs. Some saw this as a ploy to get users to sign up to Sony's own music subscription service Music Unlimited. Not so, says Sony.

Shuhei Yosida, president of Sony's Worldwide Studios, said that the company was not expecting the criticism levelled at them following the decision – and saying support would be patched in at a later date anyway.

Speaking on a recent episode of the GiantBomb podcast, Shuhei said, "people don't really talk about these features, right? Some people get really mad and [say] 'I'll cancel my pre-order!' So as we speak, people in Japan – the system guys – are discussing when we can put these features in."

Furthermore, Sony also revealed that the console will not support 3D Blu-ray playback at launch, although it will support 3D gaming.

The Playstation 4 goes on sale in the US on the 15th of November and on November 29th in the UK. We'll be taking an in-depth look at the PS4 very soon, focusing on the AV aspects of performance. In the meantime check out our first impressions in our hands-on PS4 review and PS4 unboxing video.

MORE: PlayStation 4 vs Xbox One