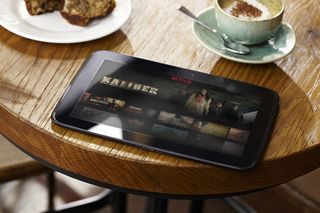 According to the Post Office study, one in eight homes throughout the UK use streaming services to watch TV, with tablets and smartphones becoming the "go-to [internet] browsing devices" in a third of households.

Streaming or downloading video content is among the top three most popular uses of broadband internet connections at home, and its the 18-24 age group that's the "most likely" to stream content.

But the increasing popularity of watching video content via a smartphone or tablet may spell trouble for PCs and laptops in the home, with younger generations seemingly opting to go mobile.

PCs and laptops are the devices that account for 26 per cent and 44 per cent of home broadband usage, but nearly a quarter of 18-24-year-olds are choosing a smartphone as their preferred device.

"While smartphones and tablets provide convenience when accessing the internet away from home, it’s interesting to see that they are now superseding the PC and laptop as the device of choice in nearly of third of households as well."

And while we're on the subject of streaming services, research by GfK has found that an increasing number of US households now rely on "dedicated set-top/plug-in devices" to watch Netflix on a TV.

Digital media players are now used by 28 per cent of Americans to stream Netflix to a TV – nearly double the total last year (15 per cent) and five times the figure compared to 2011 (6 per cent).

Games consoles, by comparison, are now used less often for streaming video content to a TV; the figure now standing at 43 per cent, which is nearly 20 percentage points down on its 2011 level.