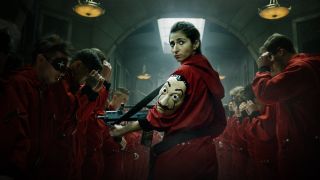 It's not just YouTube's 4K offering that Apple is about to play nice with; Mac computer users will soon be able to enjoy Netflix in 4K and HDR too.

According to a tweet (via 9to5Mac) from self-confessed tech enthusiast Ishan Agarwal, Safari on Big Sur lets you watch Netflix in 4K with HDR, including Dolby Vision HDR.

Previously, watching 4K Netflix on a computer required the Windows operating system with Microsoft's Edge browser or the Netflix Windows 10 app. This change opens it up to Mac users without using some fiendishly nightmarish workaround.

Only Mac computers launched since 2018 will be able to show Netflix with HDR, however. These include the MacBook Pro, iMac Pro and Mac Mini – here's the full list. For the Mac Mini and Mac Pro, you'll need an HDR-compatible 4K monitor too. And of course, whichever computer you use, you'll need to subscribe to Netflix's 4K-inclusive tier, which costs £11.99/$15.99/AU$19.99 a month.

Netflix streams on macOS are usually capped at 1080p resolution through Safari, or 720p with the Chrome and Firefox web browsers.

Apple recently announced that Apple TV users will soon be able to enjoy YouTube in 4K thanks to the tvOS 14 update. It will arrive in the autumn, around the same time as macOS Big Sur.