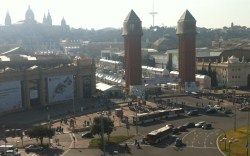 MWC is the CES of the mobile world and we're expecting a host of new smartphones and tablets to be unveiled, with a smattering of apps and in-car entertainment technology thrown-in for good measure.

With mobile technology already making a big impact on the AV industry, from smartphones as media players, to tablets as remote controls, we thought it only right that we added MWC to our calendar.

The action kicks-off this evening with Sony's Xperia event, followed by the main show opening its doors on Monday morning.

We'll bring you news on the most exciting new multimedia devices, with an obvious bias towards those aiming to deliver the best audio and video performance.

Look out for more news from MWC over the next few days.