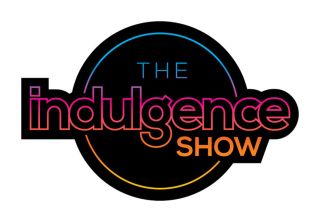 The show will take place at the Novotel Conference Centre in Hammersmith - a familiar hi-fi show venue to some readers - from 13th to 16th October, and will comprise three main areas: Audio London, Headroom and Pure Pleasure.

What Hi-Fi? will be at the show, taking part in some of the talks and seminars and selling special magazine subscriptions. Tickets are on sale now from the Indulgence Show website.

There are a number of high profile product launches lined up for the show, including the first showing of the all-new Naim Uniti range, and KEF's Porsche-designed wireless speaker and headphones.

One of the highlights will be a £220,000 hi-fi system on demo from Vertere Acoustics, driven by electronics from FM Acoustics of Switzerland and powering PMC speakers. The system will also feature Vertere's flagship record player fitted with an Audio-Technica ART-100 MC cartridge.

Vertere, founded by Touraj Moghaddam, will also launch its new entry-level phono preamplifier at the show.

And it will be the first chance for UK audiophiles to see and hear Dynaudio's Contour speaker range, which first broke cover at the Munich High End Show in May and has been "27 years in the making".

Visitors to the show will also get to see the new 4TB Zenith XXL music server, which can play hi-res music up to 32-bit/384kHz and DSD256, as well as MQA (Master Quality Authenticated) audio files.

Zenith XXL will be on demo in the KEF, Moon and Chord Company rooms at the show.

Fans of Chord Electronics will be able to feast their eyes on the company's new TToby 100W stereo power amp, designed to work with the Hugo TT DAC and headphone amp.

When combined, the two products create "the perfect digital hub" for today's digital devices, says Chord. The Chord TToby is available now for £2750.

Headroom is organised by the same people behind the Headroom Show held at the Metropolis Studios in January this year, and the area will focus on headphones and portable audio brands, including AKG, Audeze, Astell & Kern, RHA and Sennheiser.

Finally, the Pure Pleasure zone is a patch of showfloor for a range of luxury goods from watches and cars to wines, and including brands such as Dali, Tesla and Yamaha.

Planned seminars include "Room acoustics and how to set up your listening room", a daily Q&A with rock photographer Ross Halfin, a talk by legendary producer and recording engineer Chris Kimsey (who worked with the likes of the Rolling Stones, Led Zeppelin and David Bowie) and a look back at 40 years of What Hi-Fi? with Editor-in-Chief Andy Clough.

Visitors will also be able to experience the world's most expensive headphone system through the MSB Headphone Experience, but places are limited so you'll need to book in advance through the show app.

Vernon Hamblin, Headroom organiser, says: “We have consistently heard from our industry over recent years that it wanted a hi-fi show for London and the home counties. When the inaugural Headroom Show was introduced two years ago, it was always the grand plan to expand it into a full audio show for London, and the time is now right to take the next step."

Hamblin added the new show was targeted at hi-fi enthusiasts, while also an opportunity to expand the Headroom event and add a lifestyle section in an effort to attract a broader, "affluent audience".

Phil Wannell, from Headroom, adds: “We know that there is a growing target audience that are happy to indulge themselves with higher quality headphones and portable audio. We want to show them there is a progression to high quality home hi-fi.”