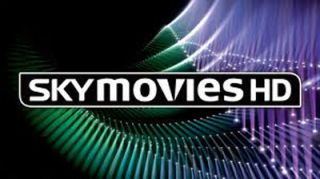 BSkyB could be forced by the Competition Commission to make its premium film channels available to rival broadcasters at more competitive rates.

Pay-TV rivals such as Virgin Media and BT are pushing for regulators to limit Sky's stranglehold on Hollywood blockbusters on the grounds that it's keeping competitiors out of the market.

Preliminary findings published in recent weeks on the commission's website have found that Sky has a case to answer, according to The Guardian. The Competition Commission will give its provisonal decision in mid-August.

Sky's exclusive contracts with the six major Hollywood studios, combined with its premium sports rights, have enabled it to create a hugely profitable pay-TV company.

So far, the commission has found that the prices at which Sky wholesales its movie channels to other broadcasters is too high. Virgin Media customers can get Sky movies, but they pay less to watch them than Virgin pays Sky to carry them.

A spokesman for the commission says: "These are preliminary working papers and thus represent our latest thinking, rather than conclusions on any issue. The provisional finding will be published in August."

Among the blockbuster tirtles available exclusively to Sky Movies are Tron, Shrek Forever After, Inception and Sex and the City 2.