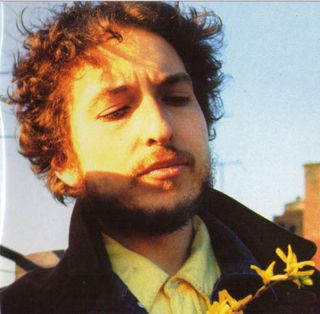 Has a popular musician ever gone so far out of his way to confound and confuse his own audience as Bob Dylan? Others have tried to stick it to their management or record company… but by the late 1960s, wired and tired and thoroughly sick of the lazy ‘spokesman of a generation’ tag, there seemed no limit to the lengths Dylan was prepared to go to in order to wrong-foot listeners.

The 35 songs here (demos, rarities, alternate takes, previously unreleased recordings), mostly ragged and unvarnished, come mainly from the 1970 sessions that yielded the Self Portrait and New Morning albums. Self Portrait, released in June that year, provoked reactions ranging from ‘bewildered’ to ‘outraged’ – the review in Rolling Stone (written by cultural cypher and Dylan authority Greil Marcus) began “what is this s hit?” Job done.

The appeal of Another Self Portrait (as it has been with most of the Bootleg Series releases) is the insight into Dylan’s working methods. Impatient, unconvinced by overdubs and happiest recording ‘as live’ in a small ensemble, it’s a technique perched midway between ‘shambolic’ and ‘mercurial’.

Equally intriguing are the various singing voices Dylan is trying on during this period. There’s the staggeringly nasal croon of I Threw It All Away (one of the most straightforwardly heartbreaking songs ever written), the more familiar sing-speak of Spanish Is The Loving Tongue, Tom Paxton’s Annie’s Gonna Sing Her Song, the peerless If Not For You, and the jazz hipster of If

The past, of course, is another country and even the erstwhile spokesman of a generation is a mere commodity these days. So those for whom too much is not enough, Another Self Portrait is available as a four-disc ‘deluxe’ set. It’s worth it for the extraordinarily fiery performance by Dylan and The Band at the 1969 Isle of Wight Festival (here in its entirety for the first time).

The disparate nature of the source material, compounded by recording methods that inevitably lead to instruments bleeding over one another, makes for a product that sounds pretty muddy at times. That’s not to say your system won’t be quite thoroughly examined one way or another, but it is to miss the point somewhat. Another Self Portrait is a document of an artist restless in his own creativity and searching for a direction home. Even at over 40 years’ remove, it’s thrilling in its immediacy and intimacy.

- CD: Four discs. As above, plus Bob Dylan and The Band Live at the Isle of Wight Festival, August 31st 1969 (disc three) and remastered version of Self Portrait (disc four). Also includes two hardback books