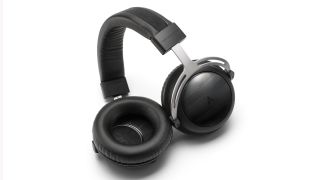 As with its AK T1p and T8iE Mk II headphones, Astell & Kern’s latest over-ear headphones, the AK T5p 2nd Generation, have been manufactured by Beyerdynamic and tuned for the brand’s portable music players.

The supplied detachable cable has been specifically designed for the A&Ks, though. Made of four silver and four copper cables braided together, the cable is terminated with a 2.5mm 4-pole balanced connector to match the balanced headphone output on Astell&Kern players.

Using a source without that connection? Both 6.3mm and 2.5mm-to-3.5mm adapters also come in the box next to a carry case.