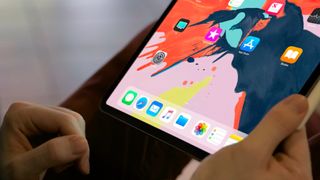 A research note from Apple analyst Ming-Chi Kuo claims that we can expect next-gen, mini-LED displays to begin appearing in iPads and MacBooks in late 2020.

Kuo's recent leaks (AirPods Pro earlier this year and iPad Pro and iPhone SE 2 more recently) have proved fairly accurate, but it's still important to note that this new tip is far from cold, hard fact.

The analyst originally broke the rumour that Apple was working on new, OLED-rivalling screen technology earlier this year, but prophesised that the models would probably come to market in either 2020 or 2021. The new memo suggests that everything's going well at Apple – Kuo predicts that the Cupertino giant will release both an iPad Pro and a 16-inch MacBook Pro with mini-LED screens as early as the end of next year.

According to Kuo (and as seen by 9to5Mac) the 12.9-inch iPad Pro update will come first and will also feature a new A14X processor, with the MacBook Pro following at a later date. Kuo also expects that Apple will release between four and six more mini-LED devices over the next two to three years.

What is this specific screen tech that Apple seems to have adopted? Well, Mini-LED (sometimes called "sub-millimeter light emitting diode") refers to LEDs with a size of about 100 micrometers. As a technology in TVs, mini-LED sits approximately midway between traditional LED and MicroLED.

When we know any official specs on screen resolution and an Apple product release date, we'll let you know. For now, we wait...