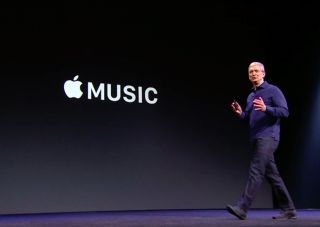 Apple Music has announced a change in its policy of not paying artists for music streamed during its three-month trial period, according to BBC News.

The U-turn comes a day after Taylor Swift wrote an open letter to Apple, in which the Shake It Off singer outlined her reasons for withholding her latest album from the new streaming service. She says the company’s stance will hurt new musicians the most.

“This is about the new artist or band that has just released their first single and will not be paid for its success. This is about the young songwriter who just got his or her first cut and thought that the royalties from that would get them out of debt.

“These are not the complaints of a spoiled, petulant child. These are the echoed sentiments of every artist, writer and producer in my social circles who are afraid to speak up publicly because we admire and respect Apple so much.

“Three months is a long time to go unpaid. We don’t ask you for free iPhones. Please don’t ask us to provide you with our music for no compensation.”

Swift’s letter appears to have been the tipping point. Eddy Cue, Apple’s senior vice president for internet software and services, responded via Twitter: “#AppleMusic will pay artist for streaming, even during customer’s free trial period. We hear you @taylorswift13 and indie artists. Love, Apple.”

MORE: Everything you need to know about Apple Music