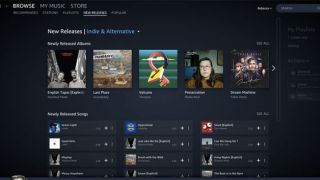 Amazon is preparing to introduce a free, ad-supported music streaming service tier, according to an exclusive report by Billboard.

'Sources familiar with the plan' reportedly told the publication that the free service would offer users a limited catalogue of songs (like Amazon Prime Music, then?), and could be available as early as next week.

A completely free service would theoretically allow Amazon Echo smart speaker owners to ask Alexa to stream music without having to pay for any subscription.

Amazon currently has two paid-for music streaming offerings: Prime Music – which offers a few million songs and comes bundled with Prime Video, Prime Reading and free next-day delivery for £7.99/$12.99 per month – and Music Unlimited, which is a standalone, more traditional Spotify-rivalling music service offering over 40 million songs for £9.99/$9.99 per month (or only £3.99/$3.99 per month on a single Echo device).

While such a move would certainly indicate the company's competitive capacity to further challenge Spotify's subscriber numbers, it could also emerge as a double victory for Amazon in encouraging more people to purchase its Echo hardware.

If Billboard's sources are correct, we could have confirmation soon after Easter.

Spotify Premium subscribers can now get Hulu for free