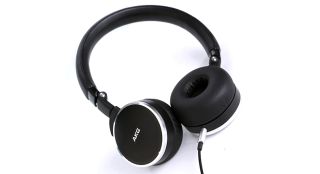 How do you update some of the best headphones around? Simple. Add wireless skills. That's what B&W did with the P7 Wireless, and it's what AKG is doing with the N60 NC Wireless.

The headphones still fold, just like the standard N60 NC, and they have the same active noise cancellation tech too, for shutting out unwanted noise. In fact, they claim to be nigh-on identical to their forebears, apart from the addition of wireless audio. But considering the N60 NC are among the best headphones we've ever tested, that's no bad thing.

Unlike their predecessors, they feature a rechargeable battery, which is good for 30 hours of use before a recharge. That should see you through all but the most drawn-out journeys.

But AKG isn't done refreshing its existing headphones yet. It's also added noise cancellation to the AKG N20. The new AKG N20 NC in-ear headphones now come with the same active noise cancellation tech as their wireless cousins. They feature a universal three-button remote, and an impressive 20-hour battery life.