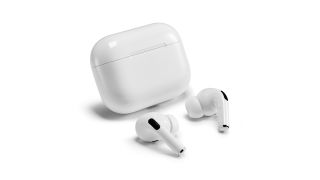 A firmware update has lessened the effect of the Apple AirPods Pros' noise cancellation, some users say.

In a Reddit thread, owners are complaining that since the update, one or both earbuds fail the ear tip test that tells you whether you have a good seal. After trying different sets of ear tips, they also say the active noise cancellation (ANC) isn't as effective as when they first bought them.

"I changed the tips on mine and found a comfortable fit that definitely helped with noise-cancellation, however it still cannot beat how jaw-dropping [sic] good it was when I first got them," writes user Storm_d.

"For example, the ANC right now seems to do a not half-bad job at removing the ambient sound such as air conditioners, but definitely struggles with getting rid of less-predictable sounds like cars passing by in the distance.

"It's a similar effect to just having the AirPods Pro set to 'off'."

Review site Rtings supports this, saying that after re-testing, it "did indeed notice a drop in noise isolation performance, primarily in the bass range. This means that with ANC turned on, these headphones won't do nearly as good a job blocking out the low engine rumbles of planes or buses as they did before this update."

It doesn't appear that it's all bad news, though, with Rtings claiming that the firmware update also results in improved frequency response and bass accuracy.

Apple pulled one of the affected updates (known as 2C54) for unknown reasons, but some users are claiming that the issue started even earlier, with the 2B588 update.

Apple isn't the only company accused of worsening performance with a firmware update. Both Bose and Sony users have complained of similar problems, the latter with the Award-winning WH-1000XM3 headphones.

We've contacted Apple for comment and will update this if we hear back.

Have your AirPods Pros been affected? Let us know in the comments below.

• Apple AirPods 2 vs AirPods Pro: which is better?