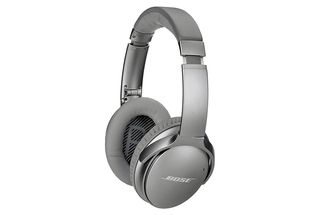 We're big fans of the Bose QuietComfort 35 headphones, so we're mildly perturbed by reports that the sound quality has been affected by a new firmware update.

Users have taken to the Bose forums to complain that the 1.2.9 update has had a negative effect on the sound quality of the noise-cancelling headphones.

User remyc93 commented: "The bass doesn't sound deep at all and the rest just sounds hollow, flat even. It has lost a form of depth and contrast between noises; like loss of immersion."

Other commenters corroborated the findings, across a variety of Android and iOS devices, and using streaming sites such as Spotify and music stored on a laptop.

Contributor Bricked35 said that using the QC35s "paired as phone and music (HSP & A2DP)", the audio was noticably worse. However, when paired via Bluetooth, the audio quality was "excellent". Some users suggested that the headphones are now selecting phone (HSP) audio by default when listening to music on any device.

Yet it doesn't seem to be a universal issue: some users report that when switching between headphones - one with the new firmware update and one without - they cannot hear a difference in quality.

Community manager "Jason_G" provided comment from the Bose Connect team, saying: "We thoroughly test our firmware and software internally and with third parties. Our acoustics are measured in many ways in our labs and with critical listeners at Bose. All this is done before firmware gets distributed to our customers. We take audio quality very seriously and continue our attempts to replicate the concerns reported by some users here."

MORE: The smartest noise-cancelling headphones in the world?

If you have a pair of QuietComfort 35s and want to roll back the update, these are Bose's instructions on how to do so:

1. Go to btu.bose.com on a PC or Mac computer

2. Plug your headset into the PC or Mac via USB

4. The update page will load and tell you the software is up to date

7. The Firmware will begin to load. This process may take between 5 and 10 minutes depending on ISP and network conditions. Do not disconnect the headset until the process is complete.