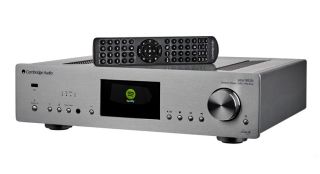 Music streamers come in many forms. They can be built into wireless speakers or single-box systems, or simply be a stand-alone component of a dedicated hi-fi set-up.

While a turntable or CD player just has a simple job to do, namely replaying music from a single physical format, a music streamer has to manage many different sources from Bluetooth to the likes of Spotify and Tidal, as well as be able to play music files from local storage on your network.

It’s a tough job that’s made all the harder by the ever-growing feature set that streamers have to accommodate – just a few years ago the likes of AirPlay and Chromecast wasn’t even on the menu.

How much should you spend on a music streamer? It all depends on the rest of your set-up. We would suggest that spending broadly the same as your amplifier would be a decent place to start, though as always, it pays to be flexible to get the right one.

While it’s certainly possible to get music streamers at budget price points, the cheapest one we’ve found that impresses is the Audiolab 6000N (£449, $650). There’s a good choice beyond that price, but it’s still disappointing that manufacturers haven’t found a way of making a musically compelling truly budget offering.

Most products on the market tend to pack in all the basics, so in many cases the features list won’t be different enough to help to differentiate between products.

Pretty much regardless of streamer, you’ll be able to play music files from an attached NAS drive, play thousands of internet radio stations and have at least Spotify and quite probably higher quality alternatives such as Tidal or Quboz built-in.

Bluetooth is almost always on the menu, and if it’s the more capable aptX HD form then all the better. Most streamers will have digital inputs, so alongside playing music files from a USB you’ll usually be able to feed in optical and coax digital feeds too, making the streamer something of a digital hub for your system.

Provided the manufacturer offers suitable control software, most streamers can comfortably slot in a multi-room set-up wit the minimum of fuss.

With such a uniformity of features, and the fact that many of the specialist manufacturers use one of a handful of OEM streaming module suppliers, it’s tempting to think that there’s not a great deal of difference in the sound between products. That’s simply not the case.

While some streaming modules may be used across brands, the way they are implemented and the quality of the surrounding power supply and audio circuits makes a massive difference to the final sound. Don’t believe us? Simply compare Naim’s entry-level, and excellent, ND5 XS2, to the range-topping ND555/555 PS DR, and you’ll hear the massive difference the rest of the electronic design makes to the sound.

In the early days, file compatibility used to be an issue, but that’s no longer the case. Most hi-fi streamers will handle hi-res audio files, though the upper limit can vary between 24-bit/96kHz PCM files for more basic products up to 32-bit/768 kHz for those that aim to push the boundary. The story is similar for DSD too, with more sophisticated products able to cope with up to the quadruple-speed variety.

We wouldn’t get too hung up on the numbers. The vast majority of music we play just isn’t available in those more extreme files types. Most of it remains CD-quality, 16-bit/44.1kHz with a capability of 24-bit/192kHz covering the rest. Standard single-speed DSD compatibility has been enough for anything we’ve wanted to hear in that file type. So remember, while the big numbers impress they don’t mean the streamer is going to sound any better.

While many streamers will come with a traditional remote control, you’ll really need a smartphone or tablet to get the best user experience. Using such devices, and your streamer's app, is the best way to navigate large music libraries and the quickest way of making playlists.

Since we’re talking about practicalities it’s worth mentioning that the first thing (apart from mains power, of course) any music streamer needs is a stable home internet network. This is how it connects to the wider world, and without such a network you can’t use any streaming services or control the product with a software app.

Assuming your network is sorted you need to decide whether to connect the steamer directly with an Ethernet cable or go wireless. Going wire-free is appealing, as it makes things easier and tidier, and provided your network is stable, should work fine for many people. If you can though, stick with wired, because it  gives a more stable connection, which should make everything go more smoothly over long-term use.

Music streamers are extremely flexible and capable sources, so it's no surprise they've replaced a CD player or turntable as many people's music source of choice.

They're also a great way to upgrade your sonic experience from a simple wireless speaker. If you love the convenience but want better sound, and have the room and budget to accommodate a stereo system, a hi-fi streamer is the way to go.

Almost regardless of which music streamer you buy, you will gain access to an astonishing range of music – but pick the unit with care and it will make listening to that music all the more enjoyable.

How to add a streamer to your hi-fi system